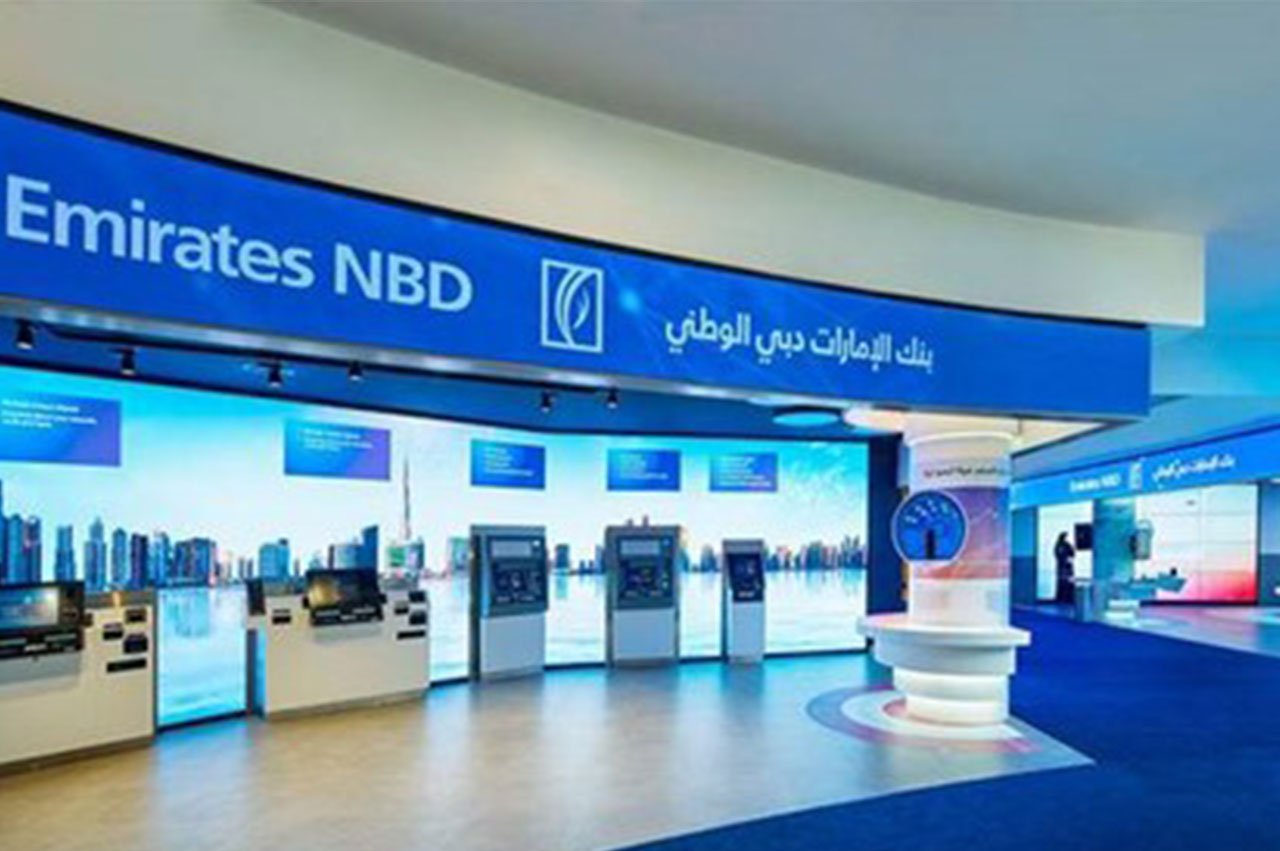 “We were using different tools for our UNIX and Windows applications and we determined we could effectively consolidate them with Team Foundation Server.”

Emirates NBD was spending too much time testing its Finacle core banking application. The bank attempted to implement regression testing, but found its existing test tool did not support the applet technology used by Finacle.

The bank decided to manually test the menu structures within Finacle, yet continued to research regression testing solutions. After a thorough search the bank decided to utilize Microsoft Visual Studio to automate the tests. Now the regression tests can be run quickly with the results integrated into Microsoft Team Foundation Server for easy record keeping and reporting.

Formed in 2007 with the merger of Emirates Bank and the National Bank of Dubai, Emirates NBD is a leading bank in the Middle East. The bank has operations in the United Arab Emirates (UAE), the Kingdom of Saudi Arabia, Qatar, China, the United Kingdom, Singapore and Jersey, and representative offices in India and Iran.

As a large banking institution, Emirates NBD must maintain many software applications. Its applications run on UNIX as well as Windows platforms. It first began using Microsoft Team Foundation Server because of this complexity. “We wanted to simplify our source code control. We were using different tools for our UNIX and Windows applications and we determined we could effectively consolidate them with Team Foundation Server,” says Divakar Kini, Vice President Group IT at Emirates NBD.

In 2009 the bank deployed the Finacle core banking application and acquired IBM Rational to manage the testing on Finacle. Although the bank used this solution to record test results and track defects, it was not able to implement automated, performance and regression testing due to the Java applets that Finacle uses in its front-end. Since only bug tracking was done in the solution, the bank had to manually incorporate the information into its project reporting.

Because of the limitations of its previous solution, the bank was spending a lot of time and effort on manual regression testing of Finacle every time it deployed an update. “The testing required specialized resources who understood all of the Finacle menus and commands,” says Kini. “It was a burden on the test team and our business users who were required to test as well.”

The bank began to look for regression testing tools to automate the process. “We identified some tools that were very nicely integrated with Finacle and could provide automated testing, but unfortunately they were not integrated with Team Foundation Server so we would still have to manually incorporate the results into our reports,” says Prasad Varghese, Manager, Testing Center of Excellence at Emirates NBD.

“I only see the Team Foundation Server usage growing because we have solid alignment around it by our developers, testers, and business users.”

Rather than deploying another test solution, which would have required administration and manual effort for reporting, Emirates NBD engaged Microsoft partner Testhouse Ltd. to deliver an automated regression testing solution within Visual Studio. Testhouse provides software quality and IT risk mitigation consulting and specializes in performance testing and test automation. “Strategically we would like to complete all of our testing activities in Team Foundation Server to make traceability and reporting easier,” says Varghese.

In order to deliver an automated regression testing solution for Finacle, Testhouse first worked with the bank to understand the most commonly used functions in Finacle. The team identified 56 core menus that would benefit from automation and then wrote the scripts to test them.

Testhouse coded a script for each menu in C# rather than recording a manual test. “Since each menu is coded it’s easy to make changes to the script rather than having to re-record the test with each menu change,” says Vinu Chandran, Software Test Engineer for Testhouse. “You can simply add a new line of code for a new menu item.” The 56 scripts were loaded into Microsoft Test Manager and linked to specific test cases. The test data is not hard-coded; instead is stored in an Excel file and can be easily modified, making the scripts reusable for different scenarios.

With the success of the regression test automation, Emirates NBD could decommission its previous test solution and use Team Foundation Server for all its ALM activities. Now the test engineers can initiate the test and view the results in Visual Studio or Microsoft Test Manager. Since all the data is captured and stored in Team Foundation Server, it is easy to create actionable defect reports. In addition, all the testing is linked to work items providing traceability throughout the process.

While Emirates NBD was working on the Finacle solution, it was also preparing to deploy Siebel CRM. Performance of the solution was a key concern. With help from Testhouse, Emirates NBD decided to use the load testing features within Visual Studio to test Siebel CRM. Testhouse worked with the bank to identify the business transactions and volumes to simulate a realistic load on the system. Correlating dynamic values from the Siebel back-end was challenging, but, ultimately, through their joint efforts performance testing of the application was satisfactorily achieved.

Since each menu is coded it’s easy to make changes to the script rather than having to re-record the test with each menu change.”

Emirates NBD is taking advantage of Team Foundation Server as a complete application lifecycle management solution for all its applications. From source code control to defect management and deployment to production, Team Foundation Server is providing efficient data capture and reporting. By taking advantage of the automation capabilities in Visual Studio to expand testing to include regression testing and performance testing, Emirates NBD has improved efficiencies and insight into its development and test processes and helped to align processes between business users, operations, and developers.

Reducing the Effort for Testing

The automated regression tests for Finacle have enabled Emirates NBD to fully revamp its testing procedures. “Because all the specialized knowledge about the Finacle menus is captured in Team Foundation Server any of our testers can execute the tests,” says Nair.

After the test team completes the regression testing, the business users have a much smaller job. “Our testers from the business units can concentrate on verifying the changes they requested. Their involvement has come down dramatically. The performance testing solution for Siebel CRM is also going to save a significant amount of time for the bank. “Setting up a test to run thousands of users through Siebel is not easy, but now we can do it with the press of a button,” says Kini.

In the past Emirates NBD would create separate Excel spreadsheets for each tester with the test cases that needed to run. Testers would manually enter the results into the spreadsheets when the tests were done. “Another major benefit is the amount of effort to maintain records and create reports,” says Kini. “All of our data is captured by Team Foundation Server as part of the development and testing process. With the reports, it’s easy to see the progress we made over each development cycle.”

Now that Emirates NBD is using Team Foundation Server for all its testing activities, it can get traceability from requirements through deployment. “These days we have a much better picture of the quality of the software we are delivering and the amount of time required to achieve that quality,” says Nair. “Team Foundation Server gives us the data we need to make better business decisions.”

When a defect is accepted and assigned to a developer, the developer automatically receives an email notification. “We don’t have to wait for a meeting with the developers to assign defects. It’s much easier to coordinate between teams,” says Kini. “There is an audit trail to track the defect, which is especially useful if it gets passed from one developer to another. We know items aren’t getting lost.”

Improving Agility and Alignment Team Foundation Server has been a great success for Emirates NBD. “I only see the Team Foundation Server usage growing because we have solid alignment around it by our developers, testers, and business users. We initially only used it on select projects and now Team Foundation Server is used for almost everything we do,” says Kini. The bank expects to continue to develop automation solutions for its other core applications to speed up regression and performance testing and further improve the visibility of its development and test operations.

Visual Studio capabilities provide your teams with powerful tools that span the entire modern application lifecycle to ensure quality and reduce cycle times while delivering continuous value from design to deployment. Whether you’re developing applications for SharePoint, the web, Windows, Windows Phone, or beyond, Visual Studio is your ultimate all-in-one solution. For more information go to: www.microsoft.com/visualstudio or www.msdn.microsoft.com/vstudio